Background: Oral cancer is considered as one of the major public health problems in the coming decades. It is one of the most life-threatening conditions, and it is ranked as the 15th most common cancer in the world. Lack of awareness about the etiology, signs and symptoms of oral cancer might be the main causes of its delayed detection. Therefore, evaluation of patient’s awareness towards oral cancer can play an important role in early detection and will lead to better prognosis. The aim of this study is to assess the level of dental patients’ awareness towards oral cancer at Faculty of Dentistry, University of Benghazi.

Materials and Methods: A cross sectional study was conducted on dental patients during the academic year 2018-2019 at Faculty of Dentistry, University of Benghazi. Patients were surveyed for oral cancer awareness by using a pre-tested, self-administered questionnaire. The data was entered and tabulated into a computer using the Statistical Package for Social Science (SPSS Version 20 for Windows, SPSS Inc. Chicago, IL). Data analysis included descriptive  statistics.

Results: The response rate was 87.4%. The study popula­tion comprised of 39.3% females and 60.7% males. Low educated patients represented 23.2% of participants. The majority of them (77.1%) have heard about the term of oral cancer with the mass media constitute 38.3% of their information sources. Less than half of patients had the idea that growth of abnormal tissue and continuous pain in jaw are considered as early symptoms of the cancer. Only 23.9% of participates believed that smoking is considered as a risk factor of oral cancer.

Conclusion and Recommendation: There is a lack in the awareness of early signs, symptoms, and etiology of oral cancer. Therefore, an intensive public education program to recognize the early warning signs, symptoms and etiologies of the cancer is recommended. In additions, individuals should be encouraged for self-oral examination and regularly visit the dental clinics. This would play an important role in early recognition of the cancer and better prognosis would be expected. 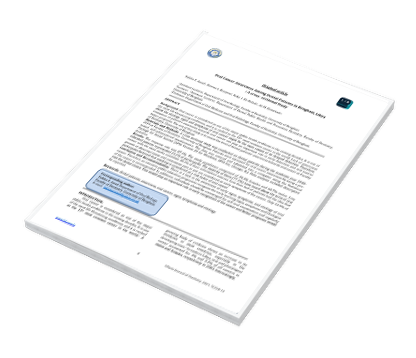